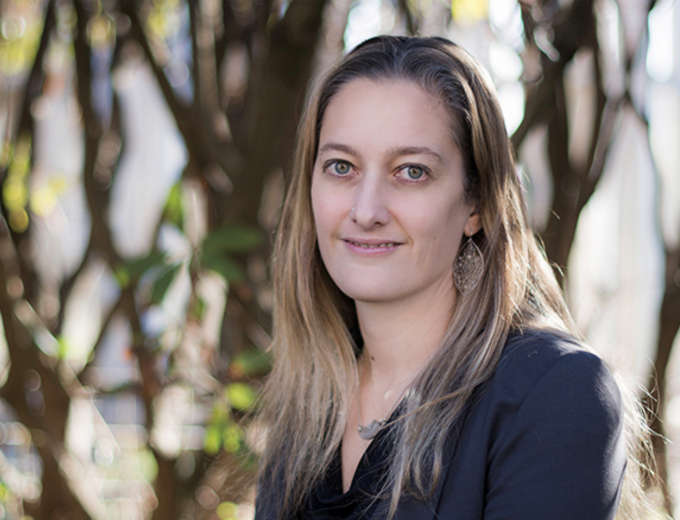 Dr. Kate Shannon, PhD, MPH (Global Health) is the Executive Director of the Centre for Gender and Sexual Health Equity, Professor of Medicine and a Canada Research Chair in Gender Equity, Sexual Health & Global Policy at UBC where she helps lead the university’s efforts on gender equity and sexual health care among marginalized communities. She also holds a CIHR Sex and Gender Science Chair in Advancing Gender-Transformative Sexual Health Care in Canada.

Dr. Shannon brings over a decade of experience in community-based research, population health intervention research, and policy evaluation focused on gender equity, sexual health and reproductive justice for communities marginalized based on social, economic and political disadvantages. She is strongly committed to research that affects change in policy and practice and meaningful engagement of communities.

Dr. Shannon is currently joint PI (with Dr. Charlotte Loppie at UViC) of the CIHR-funded Equitable Youth Sexual Health Project focused on building more equitable and inclusive sexual health care models with youth in rural and remote BC traditionally on the margins of sexual and reproductive justice. She is also PI of the Access to Responsive Justice Project and co-lead of the Trauma-Informed Support Project (with Dr. Jill Chettiar), both funded by Federal Ministry of Women and Gender Equality, to understand and map how socio-structural factors promote and mitigate access to safe and responsive justice among women and gender diverse survivors including Indigenous, racialized migrant/refugee communities, parents in poverty, LGBTQ2S+ survivors. She is founding PI of the long-standing NIH-funded AESHA project evaluating the impact of structural interventions, laws and policies on sex workers’ safety, health, and human rights. She previously worked for over a decade with TASO (The largest East African Indigenous-Led AIDS Support Organization) on Youth Sexual Health Project with conflict-affected migrant and refugee youth and young women in Gulu District of Northern Uganda; and has previously collaborated with the Physicians for Human Rights on gender inequities, laws, and sexual health in Swaziland and Botswana.

Dr. Shannon has published more than 200 peer review publications and her work has been widely quoted in Canadian and international media, with over 500 media stories, including features in Washington Post, BBC, National Post, Vancouver Sun, and the Globe and Mail. She has also authored a number of high-impact editorials in the Lancet, Lancet HIV, JAMA, CMAJ, BMJ and AJPH on applying an evidence-based policy and gender equity lens to sexual and reproductive health and rights. In 2014, she led a Lancet paper in collaboration with 10 academic and community co-authors in the ‘Sex Work and HIV’ series, which modeled the potential impact of decriminalization of sex work over 10 years. The paper was widely cited in both media and global evidence-based policies in support of decriminalization of sex work, including Amnesty International. In 2018, she led a Lancet follow-up and call-to-action report on the ‘Global Response and Unmet Actions on HIV and Sex Work’.

Dr. Shannon has provided expert evidence to Justice, Senate, and House of Commons committees, Missing Women’s Commission Inquiry, and legal interventions in Ontario Court of Appeal and Supreme Court of Canada. She regularly consults on local, national and international guidelines related to gender equity and sexual health including World Health Organization, UNAIDS, UNFPA, UNDP, Global Commission on HIV and the Law, International Association for Physicians in AIDS Care (IAPAC) and all levels of government. She has served on International AIDS Society Advisory Board for Key Affected Populations (2014-2016), the CIHR Institute of Gender and Health Advisory Board (2013-2016), and CIHR HIV/AIDS Research Advisory Committee (2012-2017).

In 2017, Dr. Shannon was awarded the UBC Faculty of Medicine Distinguished Achievement Award in Applied Research for outstanding contributions to applied research. In the same year, she was awarded the inaugural Excellence in HIV Research Award at the Canadian Foundation for AIDS Research / Canada AIDS Research Conference for her leadership in advancing change in HIV movement in Canada and internationally. She previously held a Michael Smith Foundation for Health Research Scholar/ Career Investigator Award and the Peter Lougheed Award for the top new investigator in Canada in 2010. She is honoured to be the 2014 recipient of a BC AccolAIDS Award in Community/ Political/ Social Action selected by Positive Living BC for her advocacy work on translation of research to evidence-based policy and human rights frameworks for marginalized women.